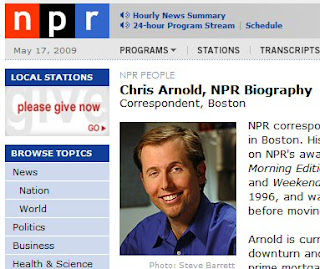 As shown convincingly on an NPR report by Chris Arnold, smaller loan servicers may be more capable of developing foreclosure avoidance strategies than the loan servicing organizations owned by the big banks. Conventional wisdom has it that bigger organizations achieve economies of scale that increase value to shareholders. In a crisis such as the current mortgage crisis in the U.S., there's cause to question that wisdom. The banks themselves are usually the big losers when properties are foreclosed. When workout loans can be developed to salvage some part of the loan, sometimes simply by reducing the interest rate, banks avoid huge losses when the property is liquidated. There are complications, such as accounting rules and other issues that complicate the matter, but the NPR story shows that . A casual web search for loan servicing software shows products such as LoanLedger, which purport to support this type of analysis. The issue may be training, not technology, but on the surface, it appears that big servicers lack the agility to adapt to new market conditions, even when the economic incentive is compelling. In the NPR story, the smaller firm interviewed relayed a 2007 conversation with a large bank-run servicer in which the latter admitted they would be unable to prepare for the changes that would come about should the market suffer a severe downturn of the sort that was becoming clear at the time of the meeting.
Posted by knowlengr at 4:26 PM